Who is Mike's Brass?

Located in Minneapolis, MN, Mike's Brass have played together for over 20 years, playing events all over the Twin Cities and beyond.
In addition to weddings, church services, parades, and holiday concerts, we have also played at places like The Children's Museum and The Ronald McDonald House.  We especially love playing classical and Dixieland, but are happy to custom create a set list that will make your event truly unique. 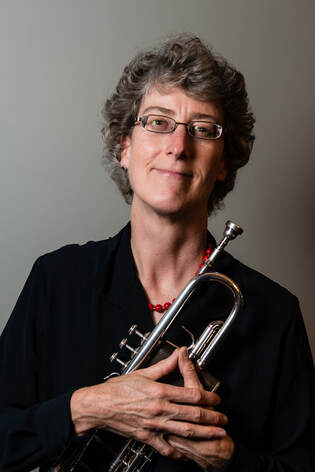 Trumpet - Linda Dobberstein
Linda J. Dobberstein has played trumpet since she fell in love with the instrument in elementary school. She played lead trumpet with a number of groups and has played for many weddings, local events, and lodge clubs. She continues to play her trumpet for pleasure and service with groups around the Twin Cities. 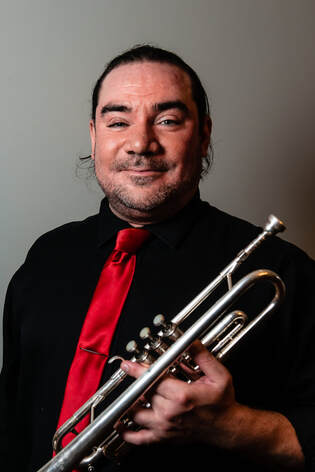 Joshua Horn studied trumpet and vocal performance as well as music education at St Olaf College.  He has worked as a freelance trumpeter, composer and arranger in the the Twin Cities since 2001.  Currently he plays principal solo cornet with The Twin Cities Brass Band and has performed with  Mike's Brass for over twenty years.  He frequently arranges and performs choral and instrumental music for a wide variety of ensembles at St Micheal's Lutheran Church in Bllomington, MN. 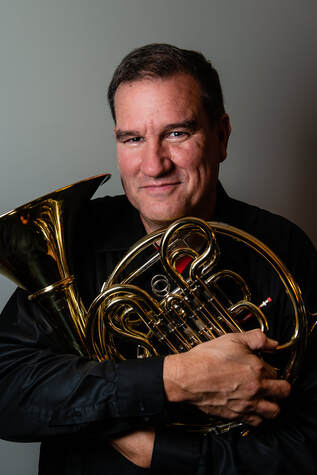 French Horn - David Mills Rittmann
David has played horn since he was liberated from playing a trumpet early in his music education and has never looked back, grateful to be free from the tyranny of always playing the melody, and appreciative of the efforts his early music education placed on the study of after-beats.  He studied horn (and mathematics) at St Olaf in a prior millennium and has continued to play in the twin cities since, playing in a variety of community orchestras, churches and musicals.  While not playing the horn, he writes software, habituates coffee shops and tries to incite political, economic and religious discussions as befitting a quirky horn player. 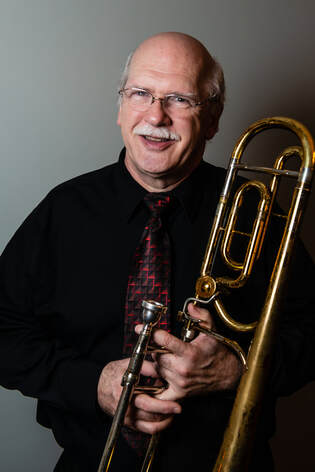 Trombone - Neil Baumgartner
Neil began his musical performance life as a five-year old in the children's choir at his church. When he was six, he took piano lessons for a year until his teacher quit. He started trombone in the seventh-grade band. Three years later he played trombone in a local performance of Man of La Mancha and fell in love with musicals. His junior and senior year found him sitting first chair in All-State Band as well as playing trombone in two musicals. In college, after trying out a major in Electrical Engineering, he chose to major in Music Education at Mars Hill College. After graduation, he taught middle school band for a year and then studied for a M.Div., which he followed with a M.A. in Applied Linguistics from UT Arlington in preparation for a career in Bible Translation, a career that stuck with him until now. In the late '80s, he dusted off his trombone and electric bass to play in various groups in Northern Virginia, including the Fairfax City Band, the Fairfax City Jazz Band and in church. He moved to the Twin Cities in the late '90s, he has played trombone and bass in musicals for community theaters in the Twin Cities, as well as in the Minneapolis Trombone Choir and in church. In 2018, he joined Mike's Brass. In addition to this, he translates the Bible into minority languages and teaches trombone and other brass in the Academy of Music at the University of Northwestern-Saint Paul. 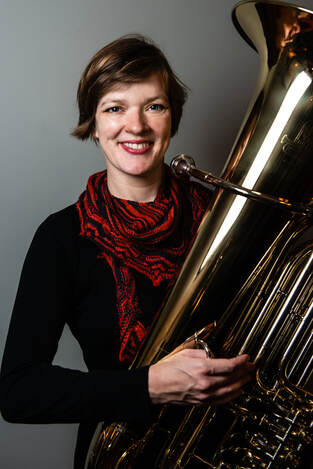 Tuba - Carin Bratlie Wethern
Carin started off her musical journey playing piano at age six.  While exploring potential orchestra instruments she spent a little time with a violin, but being a lefty, she found it wasn't a good fit.  Next she tried clarinet, but being one of 30 in a section wasn't much fun either.  In 7th grade she tried out the tuba (thankfully her band director never told her that girls didn't play tuba), and it was just right. She studied at Concordia College, Moorhead, where she attended with a music scholarship and played in the Cobber Band throughout her time there. She has played with Mike's Brass since its inception. In addition to the tuba Carin plays piano and guitar (as a lefty), and is a professional knitter with Carin's Bespoke Handknits.  Her company, Theatre Pro Rata, is also based in the Twin Cities. Her young daughter, Beatrice, is already a fan of low brass.